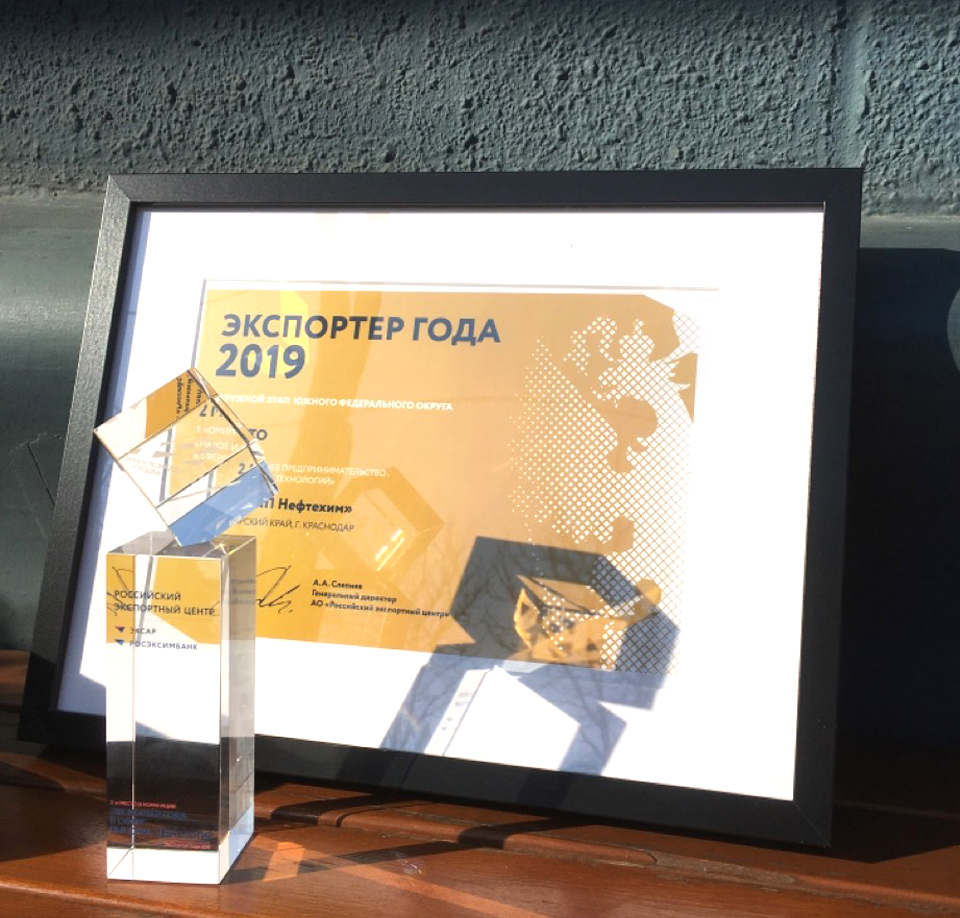 SIE Neftehim won the Russian National prize “Exporter of the Year – 2019” in three nominations: in two nominations at the regional level and in one nomination at the final federal stage.

REC experts evaluated the level of export activity: emergence of new partner countries, dynamics in building up client base abroad, and expansion of export nomenclature.
One of the important evaluation criteria was the volume of product export and its share in the total revenue of the company.

According to the results of the final all-Russian stage, SIE Neftehim, LLC took:
III place in the nomination “Breakthrough of the Year”.

This year the Prize received the status of the national prize. The final ceremony of honoring the winners was held in Moscow on November 14 as part of the International Export Forum “Made in Russia”. The awards were presented by the First Deputy Chairman of the Government – the Russian Federation Minister of Finance - Anton Siluanov.