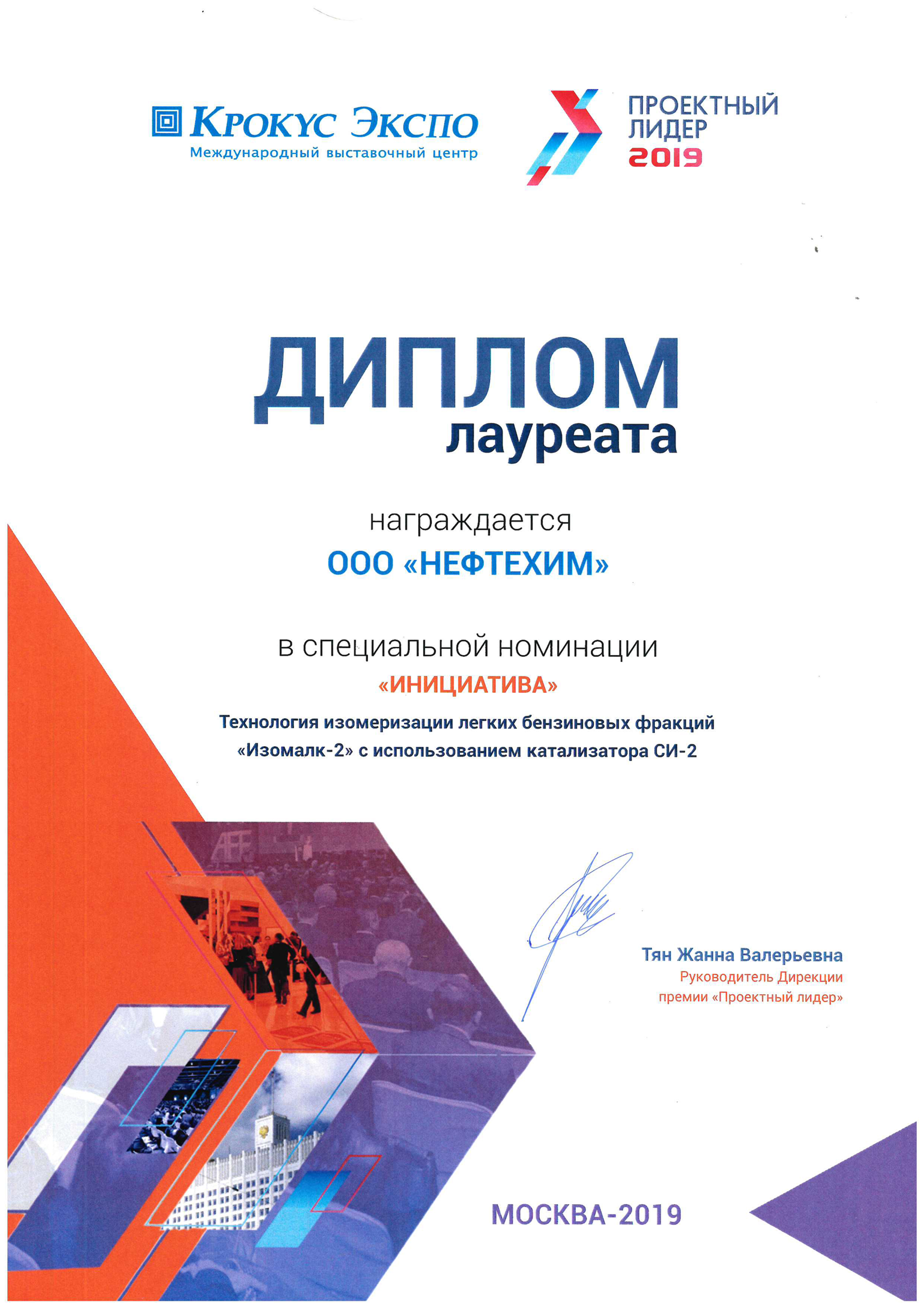 In September 2019, as part of the International Exhibition IMPORT SUBSTITUTION-2019, SIE NEFTEHIM’s project “Light Gasoline Fractions Isomerization Technology ISOMALK-2* over SI-2 catalyst” was awarded the All-Russian Prize in the field of import substitution “Project Leader” in the special nomination “Initiative”. ISOMALK-2 is a striking example of domestic competitive and import-substituting technology, which has gained recognition and widespread use in Russia and abroad.
This event is held annually according to the regulation of the Russian Federation Government (No.719-r dated April 21, 2018) and with the support of federal executive bodies and government organizations in order to cover, implement and promote the activities results of leading domestic manufacturers in the field of import substitution.
* more about Isomalk-2 technology